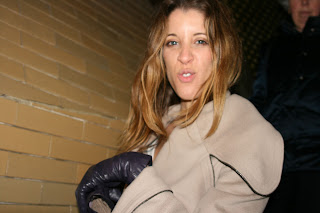 I'm happy to report that my brother is totally unaffected by the time change and is sleeping soundly in our hip room at Guesthouse, Casa Howard, whereas, I'll be up obsessing over tomorrow's itinerary until 4 a.m. (Roma time). My gurgling belly, which is filled with Authentic Roman Cuisine from Sora Margherita, is also helping to keep me awake.
My first impressions of Roma are almost irrelevant, because what I'm most enjoying is watching my buttercup experience new things. He is eating it up (both literally and figuratively - Gelato, Chocolate Chip Cheesecake, Linguine, Vino Bianco, Vino Rosso, Pizza Margherita, Fried Artichokes, and much, much more).  Today after a quick Latte we spent most of the day exploring the Vatican Museums and St. Peter's Basilica. We took the 300+ stairs up to the top of St. Peter's Basilica - it was worth the hike - the views were stunning! 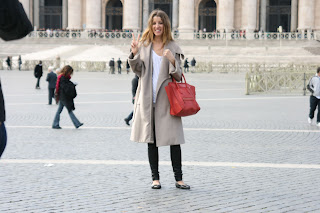 As a historical destination Roma has a lot to offer, but at first glance it is hard to find the so-called "beat" of the city (i.e. In modern times, what's it all about? Who lives and works here? And do Romans really eat gelato at all hours of the day or are those tourists?).

We dined in Centro Storico, which had personality, fewer souvenir shops, and an east village feel. Before dinner, we stopped into a Roman bookstore to get an idea of what the locals like to read. As it turns out, they like to read about art and cooking (go figure!). The two-floor store dedicated almost an entire floor to the two subjects. What Roman's don't want to read about - you ask? Dieting! There was just one shelf tucked way in the back next to bulky cookbooks.

More on my impressions of Roma later, for now back to Buttercup. 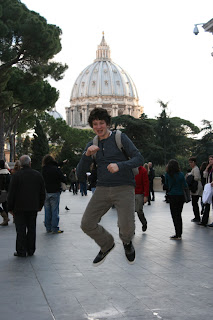 As it turns out, Mr. Buttercup is quite the fervent photographer and took some real beauties helping us to capture the moment. 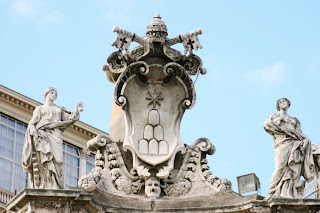 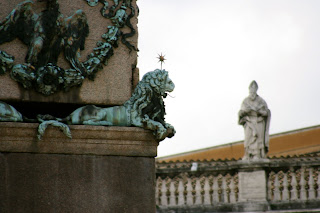 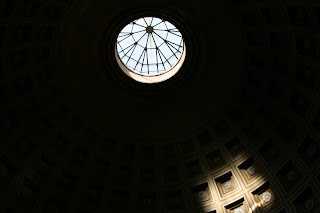 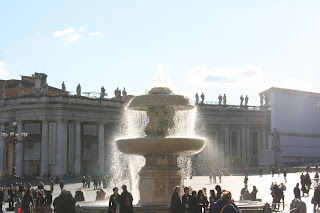 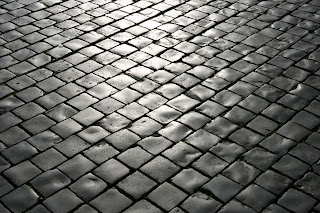 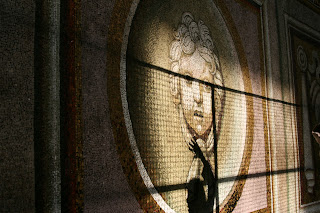 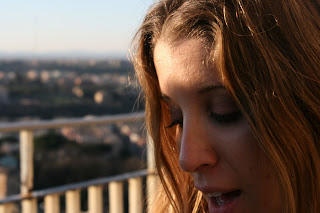 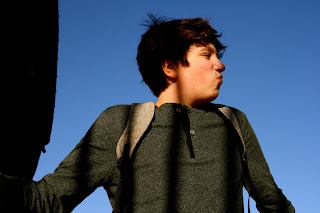